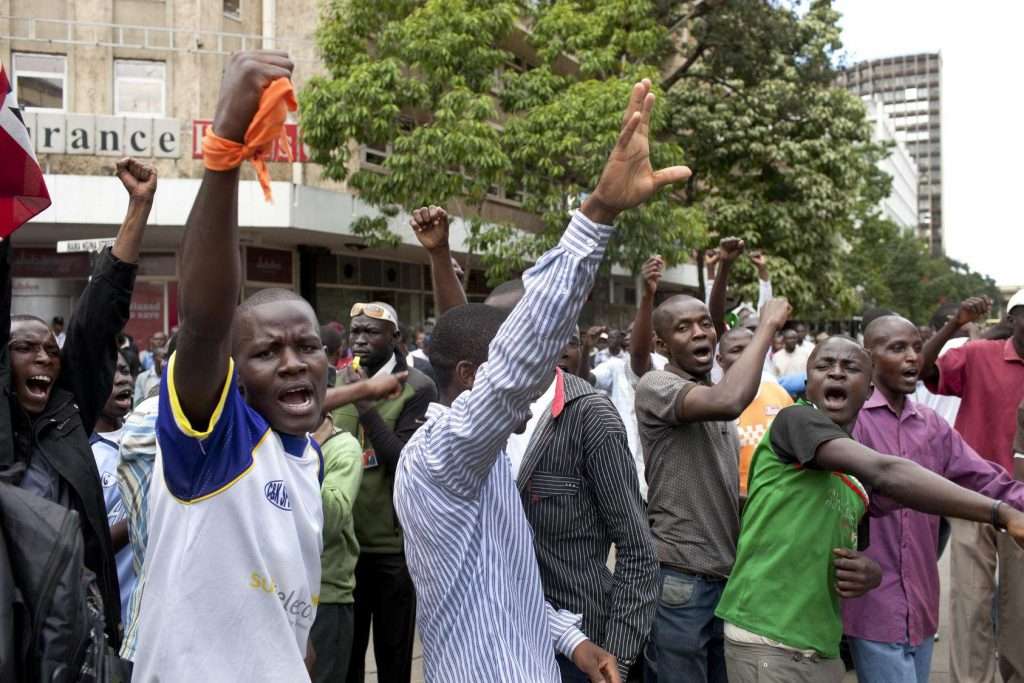 “A peaceful credible election is a critical step in consolidating Kenya’s democracy.”

With elections coming up next year in Liberia and Kenya, the time for early and sustained violence prevention is now. But what ought to be done to ensure the vote remains peaceful? Research shows that domestic institutions such as election commissions, the police, and—above all—political leaders hold the key.

Diplomacy operates through persuasion or coercion, by applying stature and charisma to resolve disputes, or by threatening sanctions in the case of violence. International diplomacy demonstrated some of its promise by bringing the fighting that followed Kenya’s disputed 2007 election to a halt. After one month of post-election riots and ethnic killings, UN Secretary General Kofi Annan led a mediation effort negotiating a power-sharing agreement. But diplomatic success was not guaranteed. Unlike several other preventive practices, like election monitoring or security sector engagement, diplomacy does not correspond with reduced levels of election violence according to a recent USIP study. This poor performance results from its common use as a reactive crisis management tool, when violence is imminent or already ongoing. Quite rarely is diplomacy truly preventive in nature, anticipating upon risk well ahead of election day works better.

The most effective prevention actors are not based in New York, Brussels or DC; the essential work of election violence prevention starts at home. USIP research noted that election commissions, security forces and other domestic authorities hold the key towards peaceful elections. The quality and scope of their efforts help ensure that campaigns do not turn violent, and that election results are widely respected. Both in Kenya and Liberia, the performance of these institutions will likely decide the fate of the upcoming elections.

The Election Commission. In Liberia, the National Election Commission (NEC) works in close collaboration with UNDP, and through the support of the European Union. The Commission is widely perceived as competent and credible, and reaches beyond its technical mandate in support of credible elections. The NEC also contributes to civic education and helps build confidence by hosting the weekly Inter-Party Consultative Committee (IPCC) meetings. While the plans are in place to realize peaceful elections, significant budgets gaps seem inevitable post-Ebola and may preclude the authorities from implementing their mandate.

In Kenya, on the other hand, the structures primarily responsible for the August 2017 elections remain in disarray. Recent months were particularly tense, with violent protest in several major cities and growing support to disband the election commission. The two main coalition movements, CORD and Jubilee, joined up in a committee to decide upon the fate of the Independent Electoral and Boundaries Commission (IEBC). The ensuing report proposed several electoral reforms, and proposes immunity to the current commissioners. In principle, the dialogue process presented a positive development as the main competitors will enter the race with enhanced trust in the legal framework. But deep frustration about past incompetence and fraud remains; several CSOs, opposition members and faith-based organizations are disappointed as an opportunity was missed to realize a bolder reform agenda and bring the commissioners to justice. Aside from the quality of the proposals, any reform effort in an election year will surely trigger anxiety, and it remains to be seen whether proposed reforms can be implemented in time.

Security Forces. In Liberia, the elections will take place in the midst of a gradual transition of security responsibilities from the UN Mission in Liberia (UNMIL) to the Liberian National Police, and widely anticipated gaps in the budget and resources available for election security. Initially mandated to monitor a ceasefire agreement after a long and bloody civil war, UNMIL played a lead role in securing the 2005—and to a lesser extent the 2011—Presidential elections. The Liberian National Police and Ministry of Justice have emphasized prevention in their election security plan and assessments, reaching out to key stakeholders, like youth party leaders. But vast capacity gaps remain, and the discipline of security forces will certainly be put to the test when faced with demonstrations or riots in Monrovia and some of the voter-rich counties considered most at risk.

The situation in Kenya is similarly worrisome. Concerns are rising about the excessive use of force when security forces face large protests. The police reforms guided by the national police service have not been fully realized, and the amendment bill on the Kenya Defence Forces (KDF) increases the chance of military action in case violence erupts during or after the 2017 elections. Both in Liberia and Kenya, security forces may not play an optimal role in ensuring election security, instead presenting part of the problem—not the solution.

Lead Contestants. Political incumbents and opposition members often set the mood during the campaign period, and after elections results are announced. In Liberia, the tone of the pre-campaign period has so far been harsh, as politicians across the aisle regularly exchange sharp accusations. Cases of uncovered fraud periodically trigger violent manifestations in the capital, and the opposition is determined to claim power after consecutive contested losses. The uncertainty surrounding Liberia’s democratic transition, with President Sirleaf slated to leave office as she reached the end of her 2-term administration, already creates anxiety. Tensions will likely reach a high during the likely run-off period, with short and generally stormy campaigns.

In Kenya, at the 38th Anniversary of the passing of Mzee Jomo Kenyatta, father of the nation, his son and current President Uhuru Kenyatta reassured that “Kenyans will at no time again shed blood because of political competition.” During the commemoration, President Kenyatta and opposition leader Raila Odinga echoed each other’s commitments to compete in peace. Other confidence-building measures have been taken, with the ruling Jubilee alliance in Kenya further consolidating into a Jubilee Alliance Party (JAP) earlier this year. This move presents a stabilizing measure as it further unites the Kalenjin and Kikuyu communities that were on opposing sides in 2007. However, significant levels of in-fighting and inter-party distrust remains. While New Ford-Kenya leader; Governor Lusaka decided to disband his party and join Jubilee, other political heavyweights, like Bomet Governor Isaac Ruto and Meru Governor Peter Munya, have so far refused to abandon their parties and join the new outfit. According to CORD principal and opposition leader, Raila Odinga, the move to have one grand party is pushing back past gains towards multiparty democracy.

The question remains whether good intentions are upheld as election day approaches. The message of Secretary Kerry was the same to Kenyatta and Odinga: Kenya’s peaceful elections depended on their cool heads.

For those contemplating election programming in either Liberia or Kenya, the time is now to increase your engagement. Prevention impact is not guaranteed, and requires a strategic selection, as well as timely and sustained implementation. Using the conflict or election security assessments conducted by local or international actors on the ground, it is important to strategically select interventions that match the nature of the anticipated violence in a given context. Waiting for 2017 will likely guarantee that costly efforts go to waste.

This Article was originally published on the USIP website.