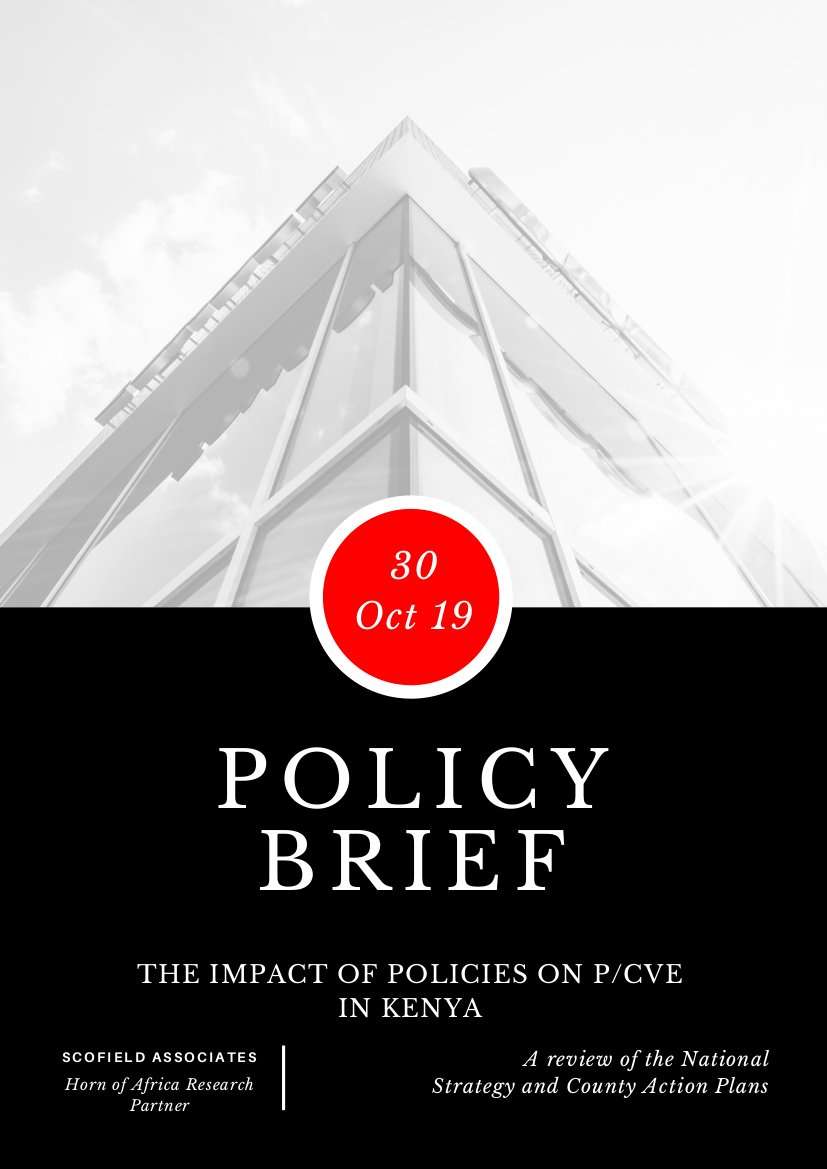 The Impact of Policies on P/CVE in Kenya: A review of the NSCVE and the CAPs

Kenya has considerable experience from violent extremism. Unfortunately, as evidenced by its history, it has found ways to address the phenomenon through approaches that have not escaped the political purview. Statements from government and political leadership frame the boundaries and responses to this challenge. State actions have been backed by various laws and acts of parliaments mentioning activities associated with Terrorism. Between 1998 and 2002 Kenya, was dependent on the penal code to deal with terrorism issues, which it equated to capital offences. While the government was learning, and continuing to employ a “Counter-Terrorism- Tactic”, it was not until the aftermath of the 2002 attacks in Kenya that they enacted specific anti-terrorist and financial control legislation. These included; the 2003 and 2006-Suppression of Terrorism Bill, the 2006-Witness Protection Act, and the 2009-Proceeds of Crime and Money Laundering Act. 2012 saw the introduction of the Prevention of Terrorism Act in October, and the Security Laws Amendment Act in December 2014 as well as the Kenya Defence Forces Amendment Bill 2015.