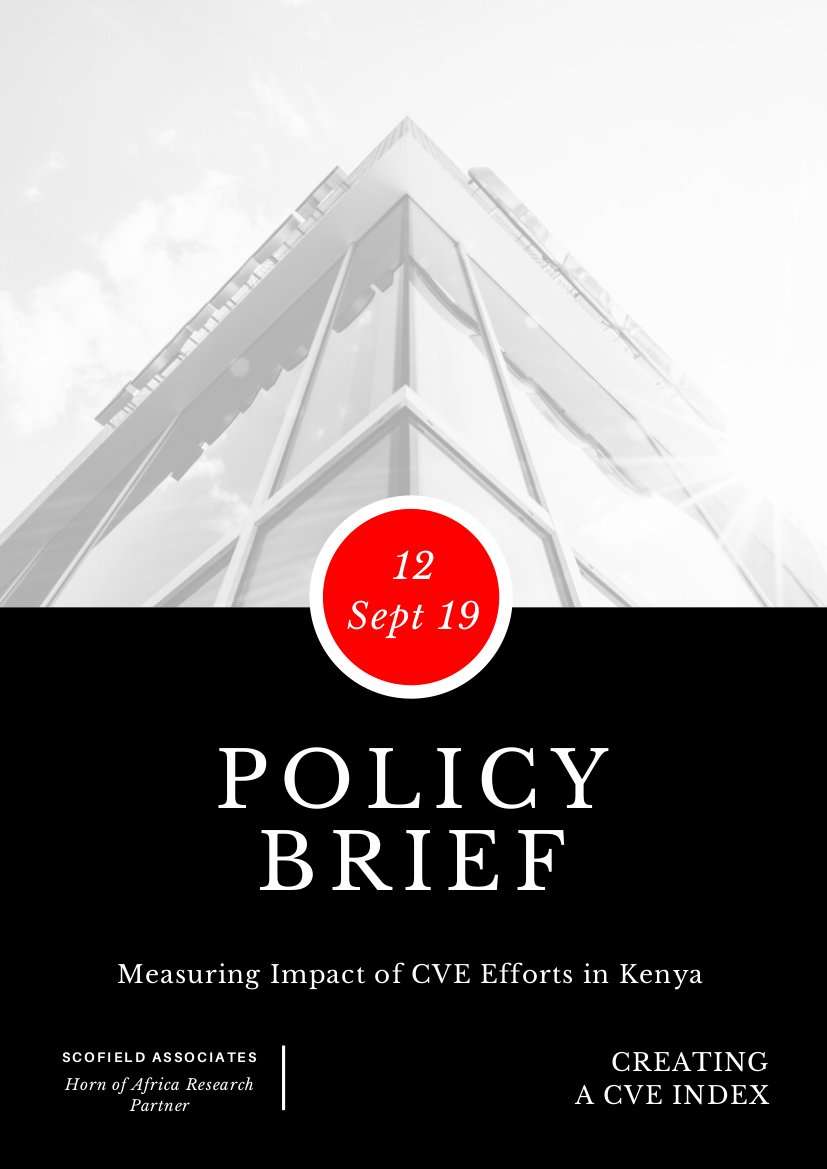 The increase in terrorist attacks and the recruitment of individuals into terror gangs is one of Kenya’s major security threats. These attacks have led to the death and injury of thousands and has had a negative impact on the economy. The result has been a flurry of activities to try and curb the spread of violent extremism and terrorism in the country. Measuring change and progress made by various stakeholders is an important element in the fight against terror. The creation of a CVE index is necessitated by increased interest in making Kenyan strategies more efficient and credible. The proposed CVE index seeks to provide a comprehensive framework to measure the influence of CVE efforts in the country. It is founded on the belief that the tracking and measuring of CVE activities should be conducted in the broader context of a region. The index works towards understanding the root causes of violent extremism and its contribution to the process of radicalization and recruitment. The tool seeks to understand and track change in the occurrence of violent extremism and terrorism in Kenya by looking at three key dimensions- the radicalization dimension, the resilience dimension and the cost of action dimension. The index works on the assumption that increased reliance on resilience factors will bare positive responses to reduce recruitment, increase rehabilitation and reintegration.