Sustaining Peace Globally: Insights from his Holiness; the Dalai Lama 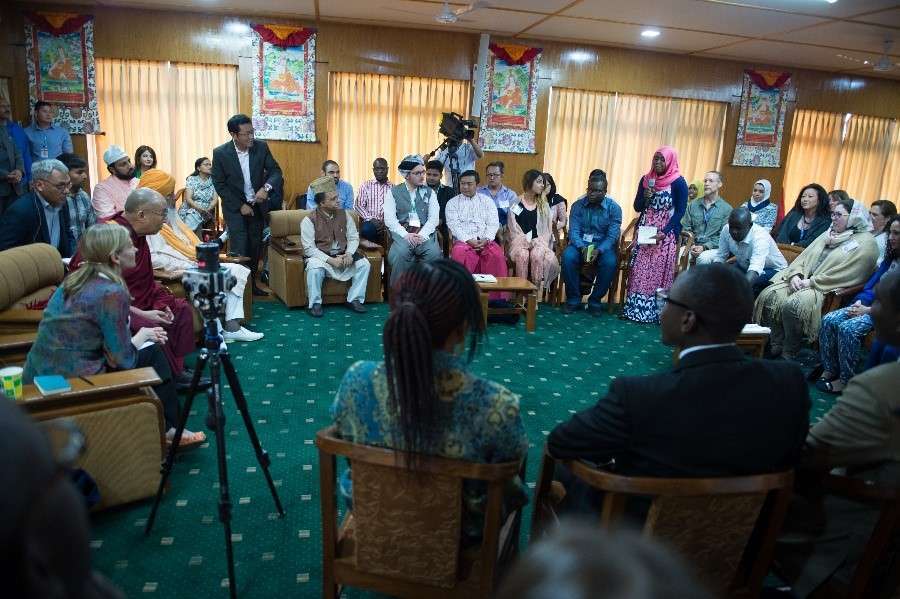 “Humans who constantly live in anger leads to limited hope and detestation that makes life difficult.”

Over the years, different prepositions and plans have become available in the process of enhancing peace and security. Different cultures have different methods of dealing with conflict. The intermingling of cultures through migration and movement, business and expansion of conflict beyond boundaries, is changing the culture specific management processes. Globalization has become an ornamental factor; moving beyond the individual culture either defined by ethnicities and/or state boundaries. The need to find solutions to the challenges of global warming, unstable states, internationalized conflicts and even terrorism, calls for a global culture that surpasses the selfish nature of human beings to the selfless nature of humanity.

The Dalai Lama is seen as a symbol of peace across the globe. Questions have been raised on how he has managed to deal with the conflicts and pressure at a personal level to result to his more Zen nature. Between the 29th of April to the 6th of May 2016, working with United States Institute of Peace and Generation change fellows from across 18 countries; Our director had an opportunity to visit India with a group of other individual from different regions and interact with not only the culture but also the great people. One outstanding individual was the 14th incarnation of His Holiness Dalai Lama. During sessions with the Dalai Lama, in India, is holiness was keen to define and express his thoughts on the nature of conflict, human behaviour and the results of our actions.

His insights into the topic of peace building were remarkable. His Holiness taught a lot about his life by stressing on the aspects of forgiveness. In addition, he noted that; “genuine human smile is the expression of the warm heart and trust.” He called on the youth leaders to be an example to the communities they serve and not be discriminatory in their work. In his explanation of how he has survived the challenges and pressures of life, he noted that; “the constant living in anger by humans is leading to limited hope and changing to detestation which makes life difficult.”

His Holiness challenged the youth leaders on the skewed world view on the concepts of power and strength. He eluded that; “Violence is a sign of weakness and that forgiveness was a sign of strength.” His message to all the participants was that of embrace and forgiveness to those who do wrong. The constant feeling of minimum achievement in engagement was also highlighted in the discussions. Most of the participants were of the feeling that though they had invested a lot into the peace building efforts around the globe, there was still a need that was not being achieved. His Holiness Dalai Lama made it clear that; “peace builders should always remember that as they work to achieve peace; they are a majority representing over 7 billion people in the world who like peace; and the terrorists were the minority.”

He completed his discussions with a call to action for the peace builders. He reminded them that; “though the generation of the 20th century created a lot of problems for the world, it is the responsibility of the 21st century to resolve these problems.”