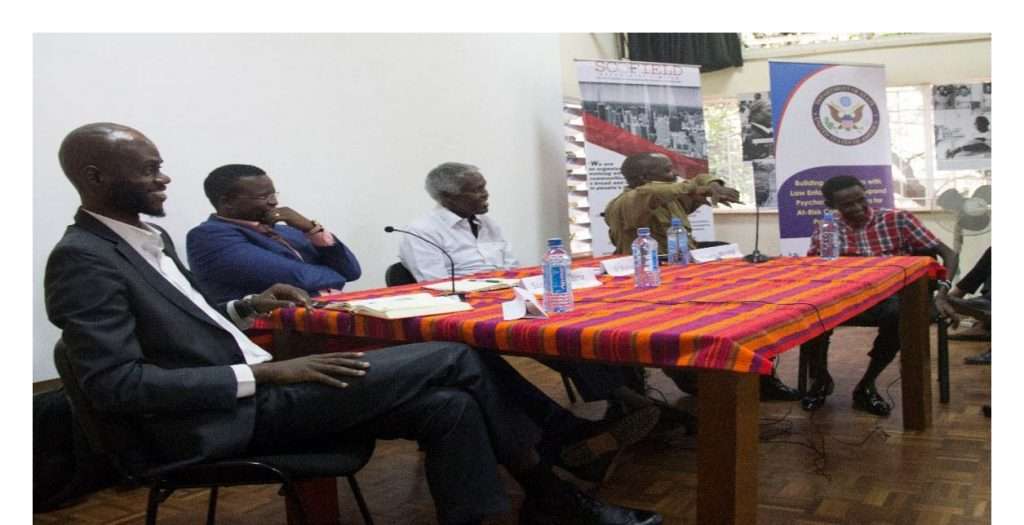 “Not all wounds are visible”

Scofield Associates and Tawakal Medical held a community together initiative project review at the Rift Valley Institute on Tuesday the 31st January 2017. The main aim of this was to enlighten the major stakeholders dealing with community together initiative in the country on the overall project and sharing on what works at the community level. The project was developed by Scofield Associates and Implemented in partnership with Tawakal Medical Clinic whose directors are; Dr. Abdikadir and Dr. Maimuna. The two directors discovered that most of their patients suffered psychosomatic pain; this is basically mental and emotional illness with physical or bodily symptoms. When they probed further on the possible causes, the patients identified a common stressor in the community. This stress resulted from engagement with law enforcement within Eastleigh in Nairobi.

When the end line survey was done, led by Julius Adinoyi, who is the lead researcher at Scofield Associates it was noted that there was a noticeable improvement with regard to information sharing, relationship building and the use of non-violent means of resolving conflict. Senior Sergeant Mwangi, who oversees one of the administrative police base in Eastleigh noted that the relationship between law enforcement and the community members had improved further emphasizing that they had become friends with members of the community. To further foster peace and unity, the community and the members of the police force need to have more activities to bring them together. A major outcome from the program was that the police and the community members have a clear and open communication channel through what’s up and Facebook Messenger and other social media sites.

The forum was facilitated by the director of Scofield associates Mr. Muliru, with presentations from Mr. Julius Adinoyi, S.A, Dr. Abdikadir Warsame from Tawakal Medical Clinic, Senior Sergeant Mwangi, Administrative Police and Mr. Liban; community member who benefited from this program. The team also had a chance to answer a couple of questions.