How not to validate national research results. 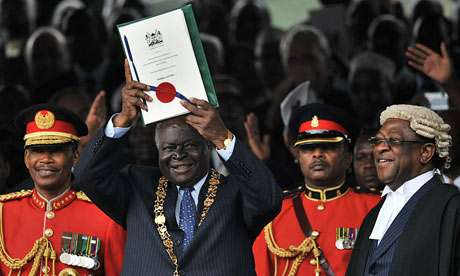 “The building bridges initiative (BBI) proposes a constitutional amendment bill 2020 that includes 68 amendments to the Constitution of 2010.”

Effective democratic accountability requires voters to have at least some political knowledge. Voters generally cannot hold government officials accountable for their actions if they do not know what the government is doing. The building bridges initiative (BBI) proposes a constitutional amendment bill 2020 that includes 68 amendments to the Constitution of 2010.

Most of the amendments are without merit and those that may require an additional review can be served better with acts of parliament and not a referendum. A referendum will therefore act as a validation process to a national and incomplete desktop review that is the BBI.

Overall, these amendments contribute to a bloated government, duplication of roles and a warped view of equality, equity, accountability and participation. The call for a referendum for the BBI is unwarranted and the funds allocated to the process should be repurposed to respond to the other pressing needs that this nation face!

The spirit of non-repair, limited continuity and unmindful stance on the public resources, goes contrary to the narrative that the BBI process purports to build. It overlooks available policies, acts of parliament, and institutions that literary require reforms. It instead creates new problems in the name of opportunities; just to fulfil the so-called spirit of the “hand-shake.” Three issues stand out and are of concern;

1. The     idea of having a Welfare-State is one that remains enticing to the  youth. An idea that may have been used to rally the signatures from the young population across the nation supporting this “in-complete  desktop review” that is the BBI. Research shows that Welfare-States only survive a period of time.

Kenya will no longer be capable of fully manage the socio-political problems and conflicts generated by the mix of capitalist and welfare State it will create. The creation of a Welfare-State results in a dependency syndrome that will serve as a plague to the nation and rid Kenyans of the “hard-working-people” title. Therefore, public policy should aim to empower Kenyans to take responsibility for themselves and those around them, and not depend on the Welfare-State proposed in the BBI.

2. As an extension of the hand-shake, the BBI should have a correct     definition. The BBI is “a systematic institutionalization of political elitism that attempts to re-define equality, equity and representation.” The proposals to the National Assembly and the Senate are without merit and will not address the 2/3 gender rule.

As a start, the amendment to article 97 proposes to increase the  members of the National Assembly to 360 up from 349(total). In the Senate the proposal to article 98 to have an increase of the members from 67 up to 94 members, argues for a male/female representation per county with no nomination or representation from the special groups including people living with disability (PWD).

3. Any policy to reform the institutional basis of a democracy should be based upon empirical evidence regarding the effects of these reforms on political participation. The lack of empirical research to guide the hypotheses     regarding the effectiveness of participatory democracy that determines the     expansive democratic approach taken by the BBI is not provided in the report.

Yet the document proposes more appointments. Within the context of resolving “winner-takes-all”, the proposal amendment to article 130 to include the prime minister and two deputy prime ministers is therefore unwarranted.

The inclusion of the office of the prime minister, and the two deputies as covered with the proposals for amendment to articles(108 (b, c), 130(1), 131/1(a),151A, 151B, 151C, 151D, 152/1(b-ba, bb), would be the ONLY justifiable amendment to the Constitution 2010 IF; the State had the capacity to accommodate the new and expanded wage-bill, availability of new roles for the office bearers, and available empirical evidence to resolve the “winner-take-all” challenge. Currently, the positions will ONLY serve to increase bureaucracy in government!

Kenyans should therefore focus on an efficiency-oriented democratization, and move away from an expansive democratization process that is included in the BBI report. Kenyans should stress the measures for democratic reforms that promote various types of participation alongside taking policy choices but focused on efficiency. The expansionist strategies suggested by the BBI are susceptible to risk.