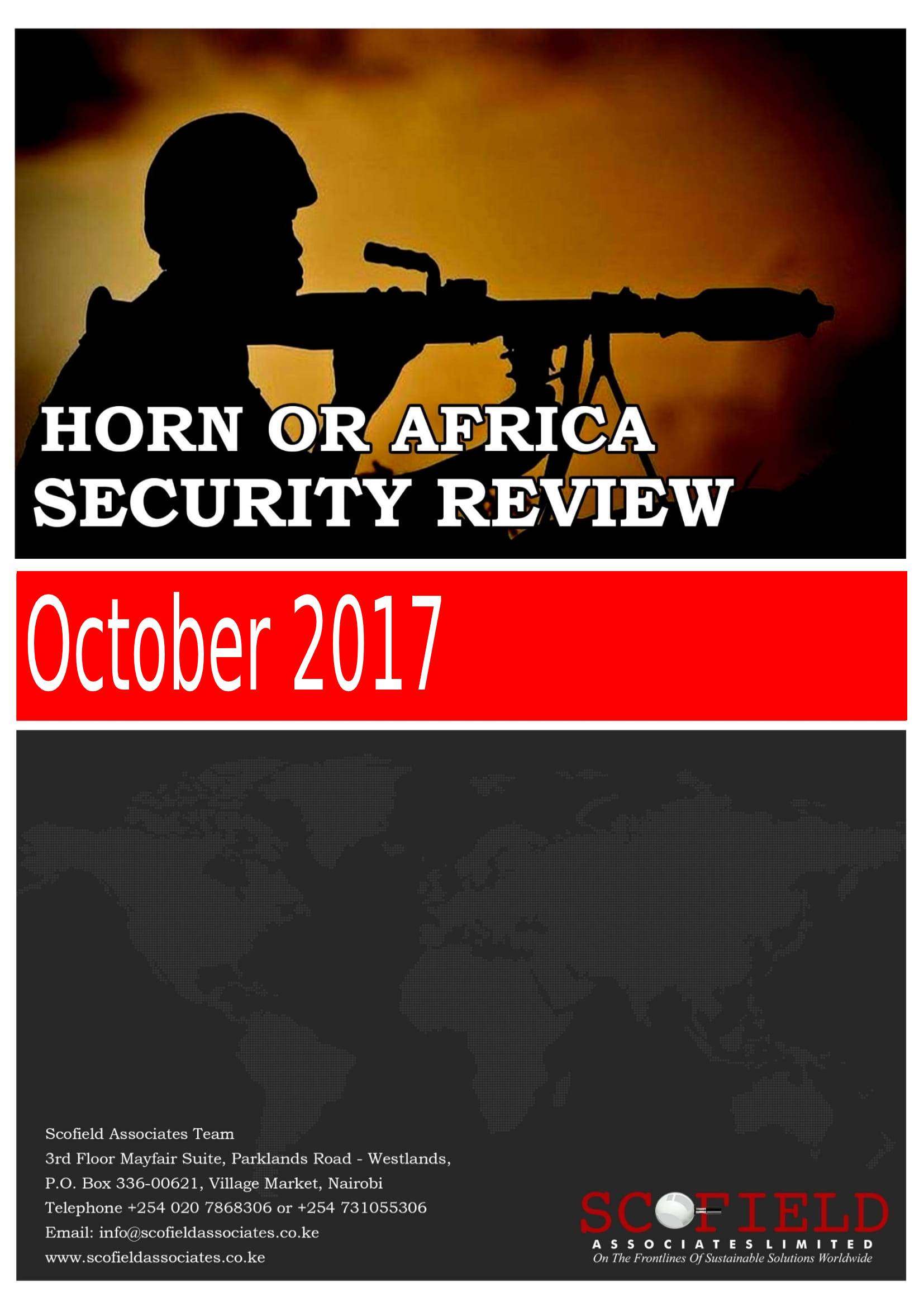 The East and the Horn of Africa continues to experience prolonged conflicts, drought, displacement of people, food insecurity and the threat of famine primarily in Somalia and South Sudan which in turn has led to insecurity within the region. The two countries have been in focus due to the protracted civil war in South Sudan and the war against Al-Shabaab in Somali. The month of October was marred by many challenges including bomb attacks, electoral violence, drought and famine that led to mass migration. It is estimated that over 400 people lost their lives as a result of terrorist activities directly linked to the Al-Qaeda an affiliate group to Al-Shabaab, and dozens other displaced due to drought and other conflicts related issues.